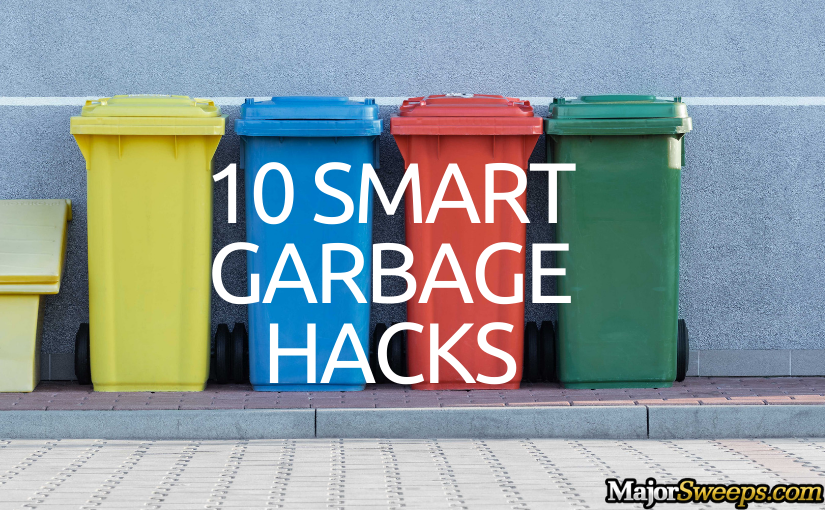 There are things we do every day that are enjoyable, and then there are those that are less enjoyable, and I’d say that dealing with garbage is in the second category. Who agrees? Garbage will probably never be pleasant, but we do what we can, so what if I told you there were some things you could do to make garbage just a little less gross? You’d want to know about it! So check out these smart garbage hacks.

Yeah, trash stinks! Neutralize those odors by putting a few drops of your favorite essential oils on a cotton ball and keeping it on the bottom of your trash can. When the scent starts to fade, just replace with a new one.

Leftover soups and sauces can get messy to throw out because you never know when they’ll leak. Put them in the freezer and freeze them solid before tossing and avoid that problem.

By cleaning the inside of your trash can once a week you’ll keep odors and gunk to a minimum.

I’m so guilty of this one! When I’m driving, I’ll just throw tissues on the floor of the car and leave garbage in the car to collect. Each time you stop for gas, collect all the trash and throw it out.

Buy a trash can that has a foot pedal. This way you won’t have to touch the lid each time you want to toss something. It will also keep the lid cleaner.

Line the bottom of the garbage can with a layer of newspaper to absorb spills and odors.

Is there anything more annoying than when the garbage bag falls into the can? Prevent that by using binder clips to keep the bag in place.

Dryer sheets in the trash can is another way to get rid of odors.

Recycle plastic grocery store bags by using them as waste basket liners. You can stuff them into tissue boxes to store them neatly.

Always be ready with a new bag by putting a few down in the bottom.